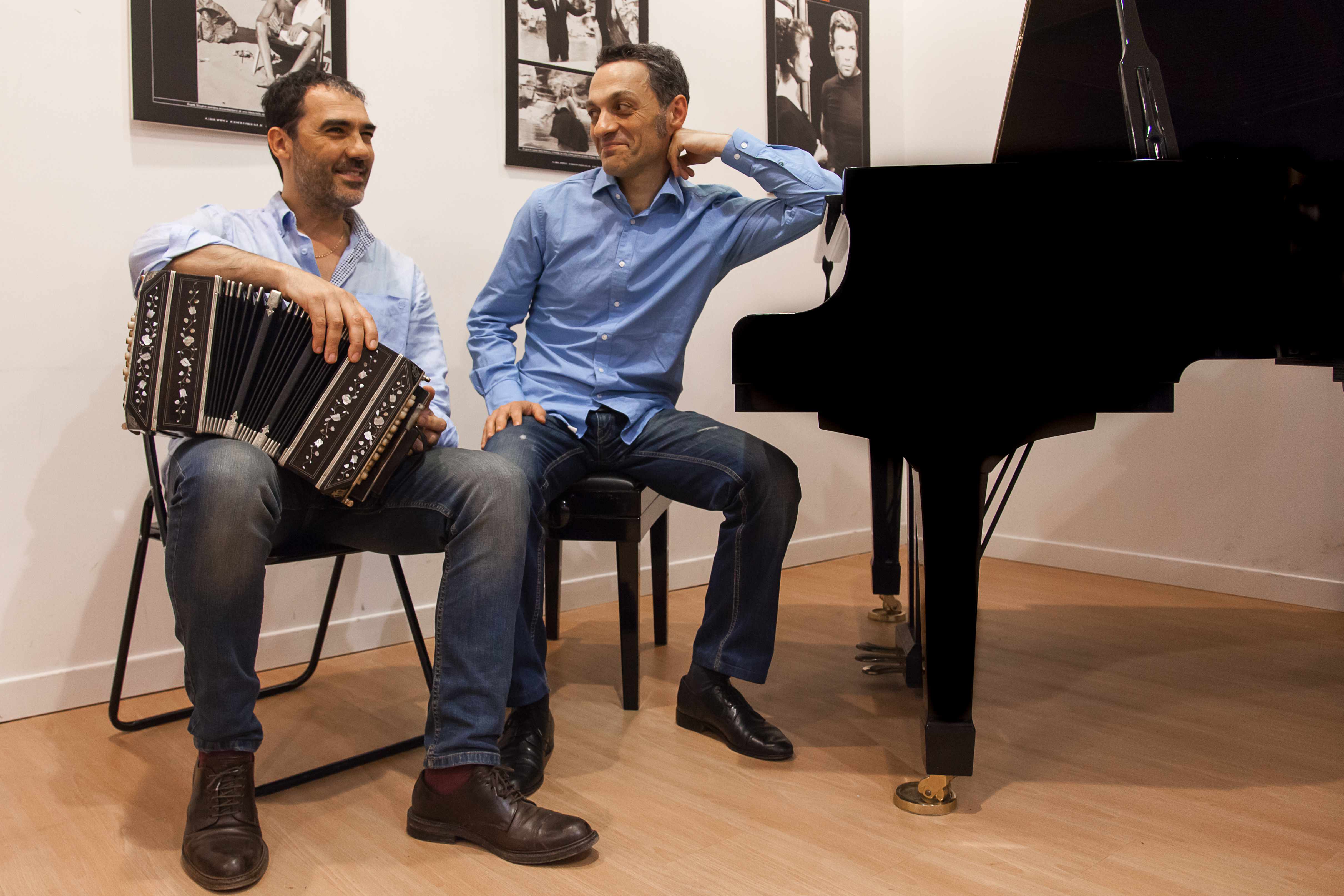 on request with guest artists:

Daniele di Bonaventura and Giovanni Ceccarelli musically meet in 2013, by creating together this original duo project.

The first approach to music happened for both musicians on the piano. As a matter of fact, di Bonaventura and Ceccarelli share even more affinities: they both are prolific composers, and they both love playing in small musical units, which allow the musicians to express themselves by wisely using nuances, space, and silence.

The bandoneón and the piano weave a dialogue which enhances the two instruments’ rich expressive palettes: chant, percussion, counterpoint, choral textures, and pure sound. As a result, they blend together and juxtapose by interacting in delicate balance between written parts and improvisation.

… (The concert of the duo) unfolds as an intimate and grandiose one, though no grandiosities are featured. Spontaneous and silent, full of invention and unique. Without virtuosity nor frills, without acrobatics, special effects, redundant triumphalisms, emphasis, nor contractual bows…

In 2015 the duo releases the album “Mare Calmo” (digital distribution by Bonsaï Music). It is also released in Japan by label bar buenos aires. “Mare Calmo” is a CD containing fourteen original compositions, plus a DVD featuring an interview, concert performances, two short films by Blas Gimeno Ribelles, and a music video by Maurizio Machella.

(The music pieces contained in “Mare Calmo”) tell imaginative stories whose nobility at the bottom eventually conquers the listener. One could define it as an imaginary soundtrack… I recommend not to try to label this music. Just enjoy it.

The duo’s secondo album, “Eu Te Amo – The Music of Tom Jobim” is a hommage to the great Brazilian master. Outstanding Brazilian artists Ivan Lins, Jaques Morelenbaum, and French young jazz star Camille Bertault are featured in this recording. The album is released in 2019 by Bonsaï Music, with a special edition in Japan by bar buenos aires.