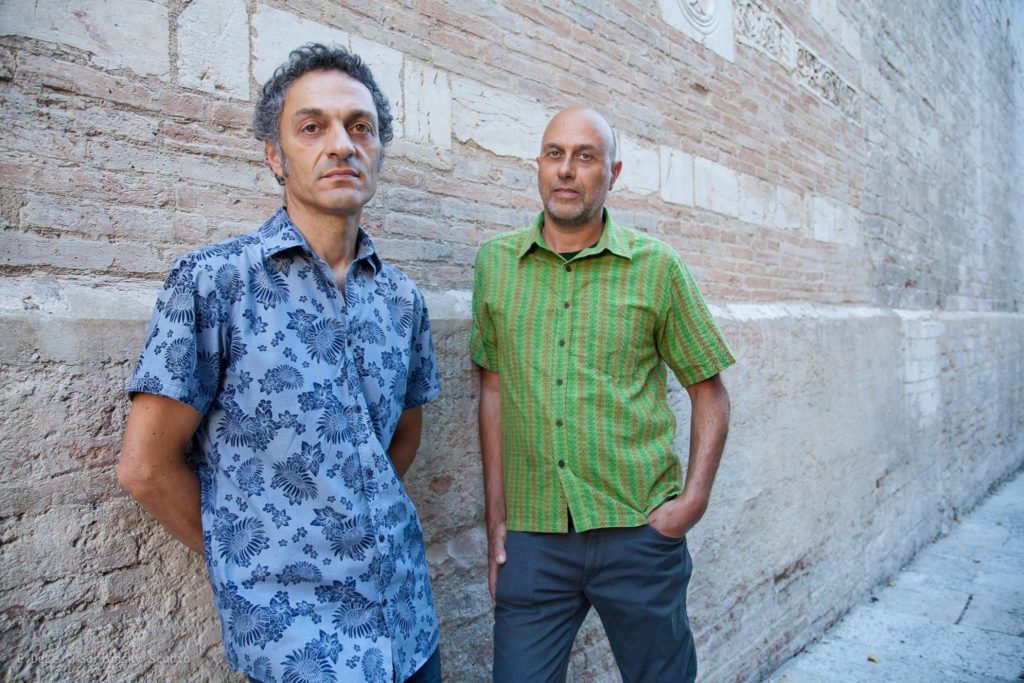 Both experienced artists in performances involving different forms of expressions, Allulli and Ceccarelli compose original music which they perform for live soundtracks to silent movies. In 2019 they also released “Canto”, an album presenting a repertoire of original music – also including two medleys from the live soundtrack to silent movie “Cenere”. “Canto” was produced by Italian independent label ProMu.

Since more than ten years they have been performing the live soundtrack to silent movie “Cenere” (1917, directed by Febo Mari). Based on a novel by Nobel prize winner Grazia Deledda, “Cenere” stars legendary actress Eleonora Duse and it is the only remaining film document of her art.

The duo has performed “Cenere” in numerous prestigious venues around the world, including the European Film Festival in Beirut; the Festa do Cinema Italiano in Cascais and the Dia Europeu das LÃ­nguas in Óbidos, Portugal; the Italian Cultural Institutes in Paris and Helsinki; the Sensorium festival in Panjim, the Festival of the Arts in Delhi, plus a two-week long tour across all India.

(The live soundtrack to silent movie “Cenere”) reaffirmed the magic and power of music, keeping the audience mesmerized all through the two-hour show.

“‘A Santanotte” was released in 1922 under the direction of Elvira Notari, the first female film director in the history of Italian cinema. It takes inspiration from Neapolitan song “‘A Santanotte”. Marcello Allulli and Giovanni Ceccarelli premiered their live soundtrack to this film at KAVI in Helsinki, under the invitation by the Italian Cultural Institute.

The duo’s brand new work is the live soundtrack to silent movie “Pinocchio”. Based on Carlo Collodi’s “The Avventure di Pinocchio”, it is the first film rendition of the world famous tale, having been released in 1911 under the direction of Giulio Antamoro.