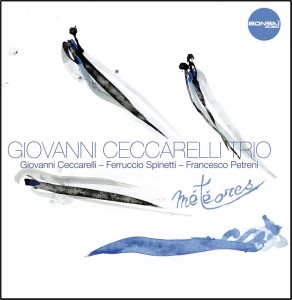 Giovanni Ceccarelli is featured also as composer and arranger.

This record was released in Japan (special edition and distribution by Production Dessinée).

“Ceccarelli’s jazz is mature and incisive; this record… is among the most intense and convincing works that we’ve happened to listen to in recent times.”

“Météores” is distributed in digital on all major platforms.