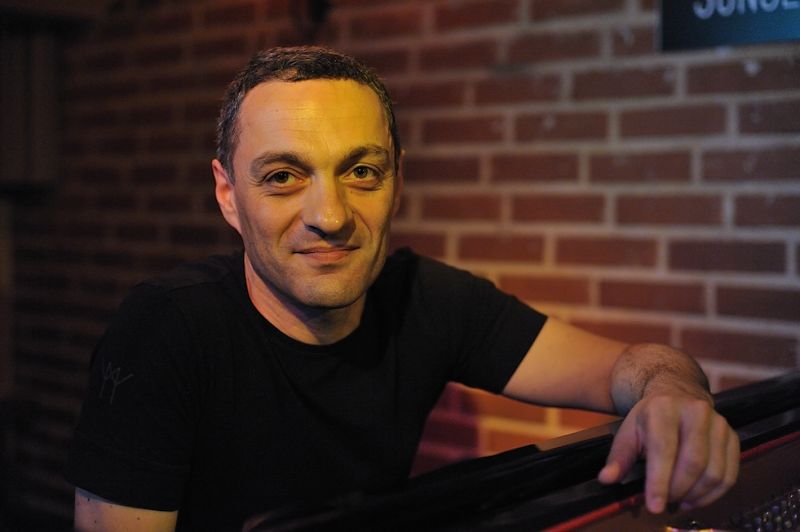 Giovanni Ceccarelli’s playing is impeccable, reminding me of the legendary late Hank Jones where every note seems to be thought out with great care. He’s not just playing correct notes of the ever-changing and moving chords defining a tune, but offers up creative, heartfelt expressions that seem to tell a story coming from inner feelings initiated by the music itself.

As a pianist with a distinct style, Giovanni Ceccarelli has recorded thirteen albums under his own name and fifty albums as a sideman, performing all over the world with such great artists as Benny Golson, Ivan Lins, Lee Konitz, Tony Scott, Paolo Fresu, Massimo Urbani and Enrico Rava.

As a prolific and inspired composer, he has co-written music with vocalist David Linx and songwriter Fausto Mesolella, performing his own compositions on numerous acclaimed recordings.

As an arranger, he has contributed to recording productions by his Latin Grammy nominated group InventaRio and acclaimed project Animantiga, arranging for small, large and vocal ensembles.

As a devoted educator, he has 30 years of experience, teaching music on internet and all over the world through lessons, clinics, workshops and conferences.