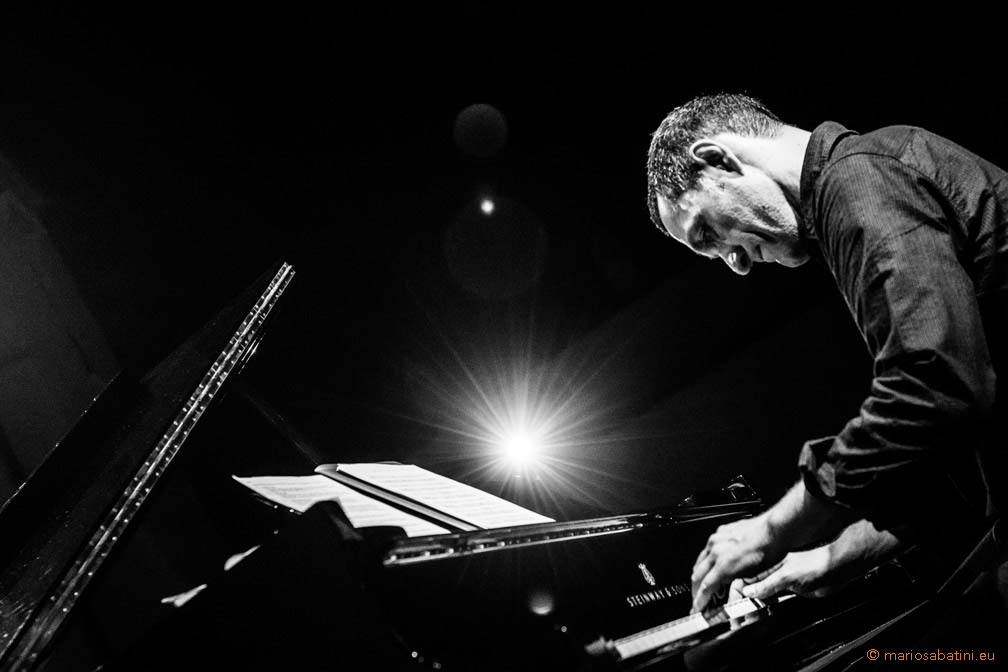 Giovanni Ceccarelli brings in this solo performance his own entire musical world: a rich and multi-colored palette of sounds, always searching for the essential in music through his refined piano touch and his lyricism on the clavietta.

In Music’s Hands, a sheet music book containing piano scores and sheet music for voice and other instruments, is released in 2022 by Da Vinci Publishing. This work contains music that Ceccarelli has composed along his entire career.

Ceccarelli’s interpretations in solo have been released on his own albums Météores, Mare Calmo, Eu Te Amo – The music of Tom Jobim and More Morricone. Album Animantiga features Giovanni’s solo homage to the late Roberta Alloisio.

The pianist and composer has performed as a soloist in Italy, France and Switzerland, including solidarity events Il Jazz Italiano per Amatrice at Casa del Jazz in Rome, Il Jazz Italiano per le Terre del Sisma, Jazz4Bergamo online and numerous Concerts for Syria, festivals Capalbio Libri and Pianofortissimo, radio programs Musiques du Monde – RFI in France and Invenzioni a Due Voci – Radio RAI 3 in Italy. In 2022 Giovanni played a solo concert for the Italian Republic Day at the Italian Embassy in Paris.