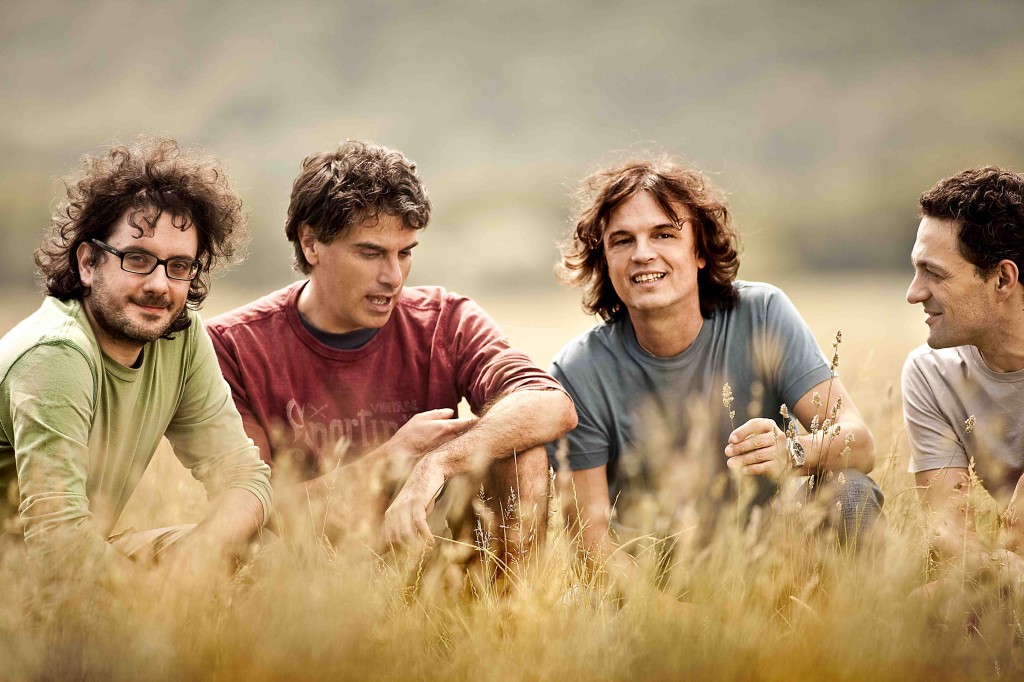 on request with guest artists Ivan Lins or Musica Nuda

The group is founded in 2009 by Giovanni Ceccarelli and Ferruccio Spinetti, who meet in Rio de Janeiro with Dadi and start together this project including also Francesco Petreni.

The repertoire is based on original songs with lyrics in Portuguese, Italian, Neapolitan, and English, as well as classics of the Brazilian and Italian songbook.

The CD meets the public’s and critics’ success:

(”InventaRio” is) a work of delicate sophistication, in perfect balance between jazz, the best Italian songwriting, and the great “Musica Popular Brasileira”.

After being featured in “InventaRio”, singing his own song “Ti Amo (Te Amo)” in Italian, Ivan Lins proposes to InventaRio to record a whole CD together: “InventaRio incontra Ivan Lins” is a homage to Lins’ music, with original arrangements and new versions sang in Italian, English, Portuguese and Neapolitan. The CD stars some outstanding guests, such as Chico Buarque, Samuele Bersani, Fabrizio Bosso, Maria Pia De Vito, Vanessa da Mata, and Vinicius Cantuária. The CD is released in Italy in 2012 by famous label Blue Note. In 2013 the CD is published in Brazil by prestigious label Biscoito Fino with the title “InventaRio encontra Ivan Lins”. Moreover, song “Camaleonte (Camaleão)” from this CD – starring Maria Gadú and Jessica Brando – is included in Gadú’s CD “Nós”. In 2014 the CD is nominated at the “15th Annual Latin Grammy Awards” as “Best MPB Album”.

All (members of group InventaRio) are excellent musicians, and admirers of my work. Recording with this group was simple and surprising. I soon realized that they are very creative, which brought a new sound to the songs.

(”InventaRio incontra Ivan Lins” contains) music with no definite borders, which has been conceived and played with extreme sophistication.

InventaRio’s latest release is a LP presenting a selection of songs from the group’s two CDs. Simply entitled “InventaRio”, it was released in 2017 by Warner Music.