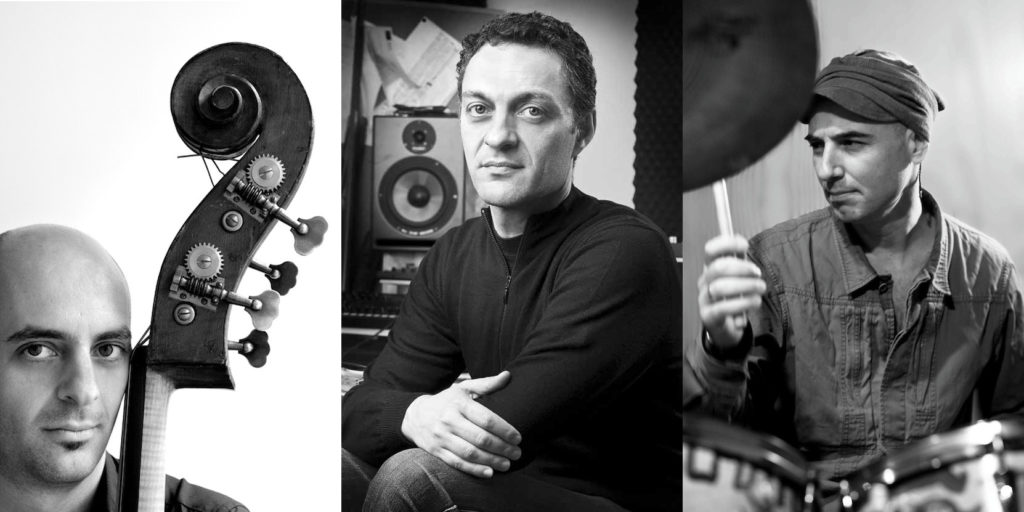 The Giovanni Ceccarelli Trio is formed by three musicians of great experience on the international scene. The trio’s music is very lyrical, moreover the arrangements put in evidence the three artists’ expressive qualities. Ceccarelli, Gargano, and Goraguer deeply listen to each other, creating an interplay throughout their process of making music.

In 2011 Giovanni Ceccarelli releases the album “Météores”, a work mostly dedicated to his own music, which is published by French label Bonsaï Music and distributed by Harmonia Mundi. Italian guitarist and singer Fausto Mesolella and Belgian singer David Linx are featured as special guests in the CD.

The album is also published in Italy (distributed by Egea) and Japan (special edition and release by Production Dessinée).

From this album, Bonsaï Music produces a music video of Ceccarelli’s composition “Ti Odio”.  The video is directed by Marthe Le More and it features Fausto Mesolella as reciting voice and lyrics author.

Ceccarelli’s jazz is mature and incisive; this record… is among the most intense and convincing works that we’ve happened to listen to in recent times.

The trio performs in France, Italy, and Lebanon (“Semaine Italienne” festival and Sunside Jazz Club in Paris, “Musicpool” festival in Poggibonsi, “Jazz Talks” festival in Beirut among others), proposing a repertoire of original compositions and arrangements of music belonging to the Brazilian songbook. The group appears at radios France Inter, France Music, and Radio RAI Uno in Italy; TV program “Télématin” – France 2.

Contacts for info and concerts: